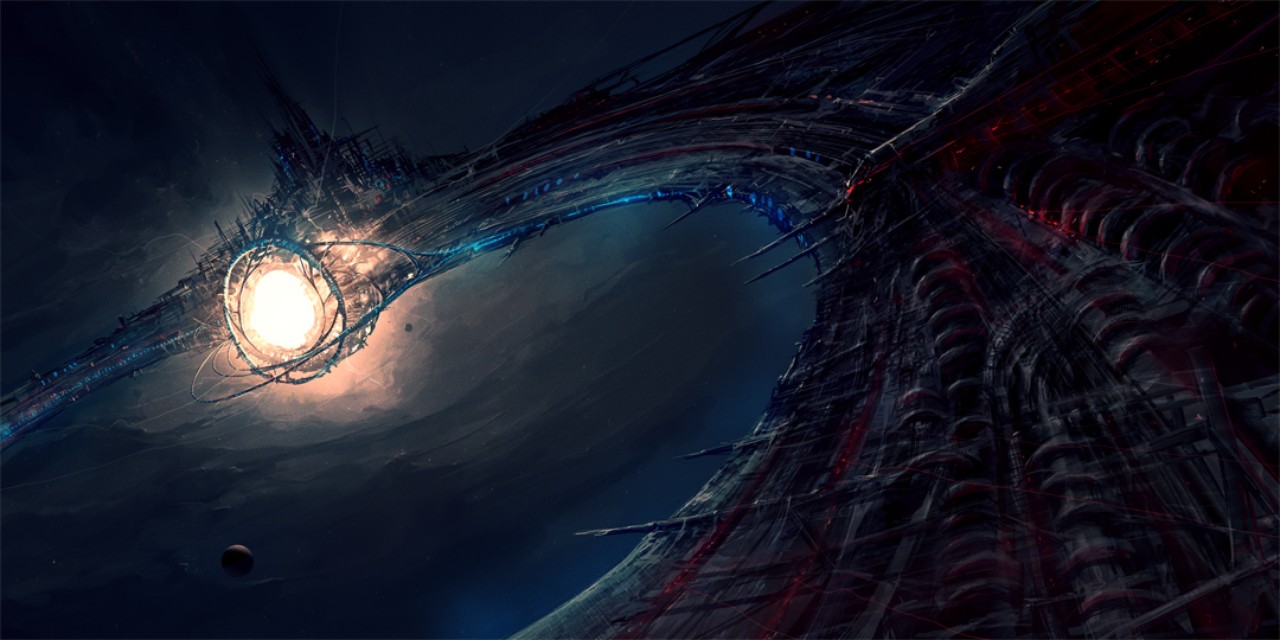 In 1961, the first meeting of SETI was called. If you are unfamiliar with SETI, it stands for the ‘Search for ExtraTerrestrial Intellegence’ and it does what it is says on the tin really, searches for extraterrestrial intelligence or aliens. Now the problem was where to start, the Universe is huge, the galaxy even is pretty big. Now here in lies both the solution and the problem. Lots of places life could arise but hard to find it. So when American astrophysicist Ted Drake called the first meeting to order he proposed a place to start; to get a bearing of our chances of finding intelligent life we should estimate how many civilisations are out there. This led to the equation that bears his name, the Drake Equation.

Do not fear the word equation, for this is not a horrible equation, just a series of restricting characteristics to find how many of the billions and billions of planets in our galaxy might be home to ET.

Now we consider how many of these stars have planets, for perhaps not all stars have planets. In fact, in 1961 when the original estimate was made they thought that perhaps as few as one fifth of stars had planets. However, this is not 1961 and we have a much better view into our galaxy now. What we have found is that planets are absolutely the rule not the exception. So of 250 billion stars, we can say that at least 249 billion of those have planets.

Next we must consider how many liveable planets each of these stars have. If we look at our solar system it would be easy to say 1, however this is not the number of planets that have life but just those that are capable of developing it. Our understanding of life is that it depends upon water. We have never found a life form that does not depend on water although to be fair we only have one sample group, life on Earth. So a liveable planets is one that is not too close to their star such that all the water would evaporate and not too far that it would be forever frozen. With their ever reliable whimsy scientists have dubbed this “The Goldilocks Zone”. In our solar system, we can say that Venus and Mars just about squeezed into this zone (at least at one stage) as well as us. So that takes us to 3. But again that is just our solar system, we don’t know if we are above or below average in the galaxy as a whole. The results of the of the Kepler extra-solar planetary search (i.e. search for planets around a star that is not the Sun) finds a value somewhere between 0.4 and 5. We will take a conservative 1 planet per star for now then. So 249 billion planets capable of holding life.

Now, we must ask how many of the planets capable of developing life actually do? This is a tricky one because the only life we know of is on Earth. Of the one planet that is definitely in the Goldilocks zone in our solar system (i.e. Earth), that planet has developed life. More than that, cosmologically, biologically and geologically speaking Earth developed life very quickly, almost as if it was easy. This leads us to propose that every planet that can hold life, does develop life. Certainly this is the assumption that Ted Drake made in 1961. However, the only thing we can say with absolute certainty is that the value is not zero because we exist; but we don’t know of life arising anywhere else. This is why the discovery of even extinct life on mars would be huge, it would reinforce our assertion of a value close to 100% of planets capable of holding life, developing life. Equally maybe we just got lucky, maybe the value is 1% or even less. In the absence of any more evidence we will take a conservative value of 50%. So 125 billion planets have held life at some point.

Once a planet has developed life, there is a big difference between say bacteria and us. Or even between a cow and us. How many of those planets with life, actually develop intelligent life? Perhaps most planets with life just contain single celled organisms as their most complex life form. What is clear is that in our one solid case (Earth), intelligent life did evolve, us. However, it did take a very, very, very, long time. Moreover, given the number of huge extinction events that have occurred in the history of our planets, one can certainly imagine that life could quite easily have been wiped out before intelligent life had time to evolve. Let us take Mars for example. If we find evidence that there was life on Mars, we know that there is certainly no intelligent life on Mars. At best there is some form of bacteria or fungus. So if there was life on Mars then only half of the planets in our solar system with life, evolved intelligent life. Equally we don’t know that Mars developed life at all so let us just consider Earth. We are not the only intelligent life on Earth, there is certainly evidence that intelligence has evolved separately on a few occasions. We would consider some of the other Great Apes to be intelligent but as we share a very recent common ancestor we wouldn’t say that their intelligence has evolved separately. But dolphins or crows for example, are evidence of intelligence evolving separately to our own. So we could reasonably say that intelligent life does evolve provided enough time without being wiped out. Taking our own solar system as an example we will say only half of planets with life have time to evolve intelligent life before it is wiped out. So 63 billion planets in our galaxy have had intelligent life. That is a lot.

Now we must consider how many of these intelligent lifeforms develop the technology to send a signal into space, after all an observer would not have known we were here in the middle ages. It is only since we developed radio technology that we can send a signal out into space to let the galaxy know we are here, and so the same must happen for us to know someone else is out there. Again this is a question of time. Humans evolved some 2 million years ago but only in the last 100 years would anyone know we were here. That being said, it seems fair to assume that if intelligent life does evolves eventually scientific progress will develop this kind of technology as long as it survives long enough. Some of these poor souls will either be wiped out by nature or maybe each other before they get there but we will take a reasonable value of 90% of intelligent civilisations develop radio-like technology to send a signal into space. So 57 billion civilisations have sent a signal into space.

Now of course, this is in the history of the Milky Way. To find out how many current civilisations there are we must consider the lifetime of a radio technology civilisation compared to the Milky Way. The Milky Way is about 13 billion years old. Our civilisation has so far lasted about 100 years with radio technology. The problem being that as radio technology is developed, it is likely nuclear weapons won’t be far behind and so how long a civilisation can last without killing each other is questionable, remember the Cuban missile crisis? Equally this advanced technology allows us to better combat potentially fatal natural disasters. So the lifetime of a civilisation could be anything between one hundred and one billion years. No one knows, so will take a conservative 1000 years. So this mean that at any one time only 1 in 80 million civilisations are currently active. So that means of the 57 billion civilisations that have existed only about 700 can be detected at this moment in time.

You will have gathered we are very unsure on a number of these parameters. If we are pessimistic and take lower bounds on everything, 100 billions stars in the Milky Way, one fifth of stars have planets, half of those have a planet in the Goldilocks zone, only 1% of those develop life, only 1% of these evolve intelligent life and only 10% develop radio technology and then they only last 100 years before they wipe out life in a nuclear war. That gives us a depressing value of 0.0008 civilisations currently in our galaxy. So the fact we are here now is more than could have been hoped for let alone another civilisation. If we managed to last some 3000 years more we may just possibly see another civilisation pop up.

On the other hand if we are optimistic and take the best possible values, 400 billion stars in the galaxy, every star has planets, every one has an average of 5 liveable planets, 100% of those develop life, 100% evolve intelligent life, 100% develop radio technology, and each civilisation lasts an average of 1 million years that would mean there are currently 150 million advanced civilisations out there right now. Now this is almost certainly an overestimate, if all of these civilisations are out there then why haven’t we found them. This is a major argument for the lower bound being a more accurate value but the thing is space is big, huge in fact. Our galaxy is 100,000 light years across, this means even if we knew for sure where a civilisation was it would take our message tens of thousands of years to reach them. So it could be a message is on its way and all we have to do it wait!